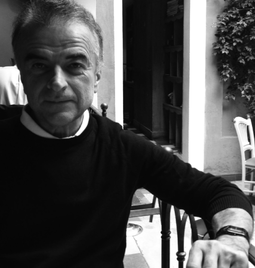 Nick Jaksa
Mr. Jaksa began his career in automotive occupant restraints in 1985, working for American Safety as a seat belt product engineer, continuing on in the field of occupant safety for most of his professional career to date; with thirty-four (34) years combined product development, testing, production, and business development experience for AlliedSignal / Honeywell, Siemens, Bosch, DiMora Motor, ZhongXing Auto, and others, Mr. Jaksa brings a broad, global, knowledge base that allows quick understanding and analysis of corporations, and what it takes to bring them toward success toward their respective objectives.
Mr. Jaksa has worked in all major markets, in product development, manufacturing, joint-ventures, and technology licensing projects with European, Asian, North American, and South American companies. Notable examples include successful negotiations toward strategic partnerships and joint-ventures in Japan, Korea, China, India, and Brazil, manufacturing of automotive occupant restraints (air bag modules, inflators, seat belts, and safety electronics), overseeing its production startups, and expanding the business through his global network of business contacts.
Mr. Jaksa spent three years in mainland China, working with (through analysis and implementation of corrective actions) new and existing local OEM’s and suppliers, and is proud to have achieved successes that allow these corporations to flourish within their respective markets within Asia and globally. Numerous examples can be given of previous employees and colleagues still inquiring of Mr. Jaksa for employment opportunities, illustrating excellent examples of his leadership and organizational building skills. 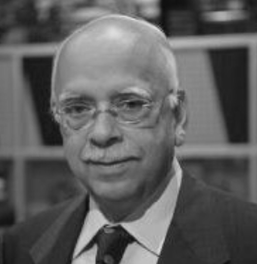 Priyaranjan (Priya) Prasad, Ph.D.Dr. Prasad has been involved in automotive occupant safety for over 40 years, beginning with Ford Motor Company in 1973, in product development, research and advanced engineering covering all areas of automotive safety- passive and active. He was involved in the development of the airbags from the first generation, redesigned second generation to the modern day dual stage airbags while working at Ford Motor Co. from 1973 to 2008, and was one of the few researchers identifying the injury potential of deploying airbags to children in close proximity to the airbag, having completed testing with animals and child dummies. With the introduction of air bags in mass production to meet FMVSS208 regulations, he discussed early indications of injuries induced by air bags in Government/Industry Meetings in 1995 and 1996. He showed that airbags designed to meet the unbelted requirements of FMVSS208 pose hazard to children and adults who are in the path of the deploying airbags. He met with NHTSA researchers several times and convinced the researchers that a change in the unbelted testing regulation was required to reduce the power in the airbags. The regulation was changed in 1996 to allow depowering of airbags. Subsequent data analysis by NHTSA showed that the regulatory change was successful in retaining the benefits of airbags while substantially reducing injuries caused by airbags. From 2003, a revised FMVSS208 was introduced in which testing with Out-of-Position dummies were also introduced. The test procedures used in the regulation were developed under his chairmanship of a Working Group in the International Standards Organization.

​Some of Mr. Prasad’s significant accomplishments include being instrumental in the 1998 modification of FMVSS208, which succeeded in minimizing unintended side effects of first generation airbags; Chairman ISO Working Group 3 (development of test procedures to evaluate the effect of airbag deployments on out-of-position occupants in frontal and side impacts) 1990-2000; Chairman of a Technical Working Group established by a consortium of Domestic and International Automotive Manufacturers charged by the Administrator of NHTSA to develop an Industry wide agreement to improve compatibility between light trucks and cars in US, and successfully developing such an agreement which has been in place since 2005; and leading the U.S. delegation to the an International Standards Organization working group charged with developing scientifically-based injury criteria for various body regions that could be used to evaluate vehicular crash worthiness. (1987-1999).


Dr. Prasad is a member of the National Academy of Engineering, a Fellow with the Society of Automotive Engineers, and Fellow with the American Institute for Medical and Biological Engineering. Awards and Recognition include National Highway Traffic Safety Administration (NHTSA) Engineering Excellence Award for Safety- 1991 and 2009; US Department of Transportation National Award for the Advancement of Motor Vehicle Research and Development, 1994; Henry Ford Technology Award (Side Impact CAE and Bolsters)– 1990, 1995; Bertil Aldman Award from the International Research Committee on the Biomechanics of Impact (IRCOBI), 1999; Award of Merit from the Association for the Advancement of Automotive Medicine- 2006; The Path Finder Award from the Automotive Occupant Restraints Council- 2010; IIHS Top Safety Pick Award- 2010; Arnold W. Siegel Transportation Safety Award, SAE- 2011; and Soichiro Honda Medal Presented by the American Society of Mechanical Engineers, 2012. 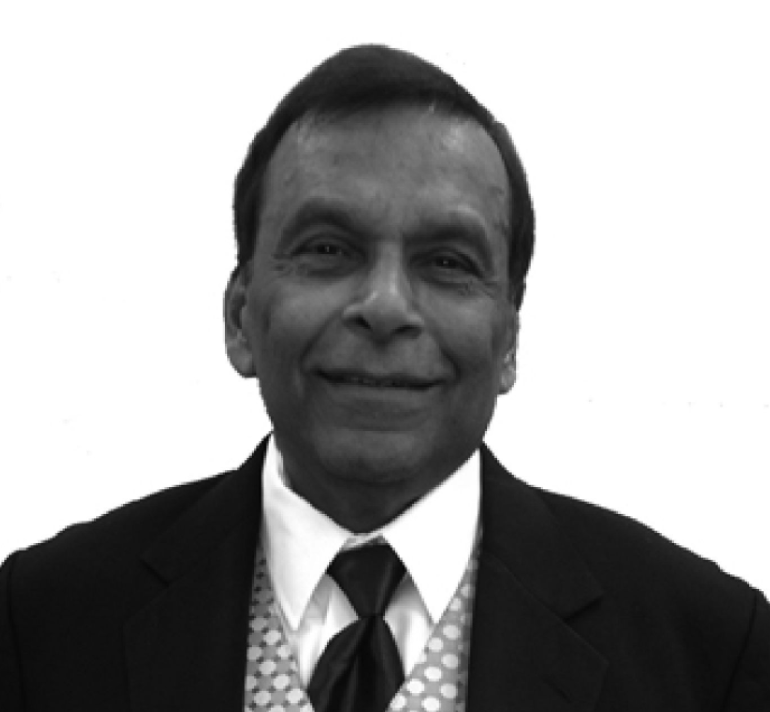 Mahendra (Max) KapadiaMr. Max Kapadia is an internationally experienced engineering executive with 40 plus years of experience in vehicle Product Development including component design, safety, development, testing, product verification, manufacturing production launches as well as quality. As a chief Engineer at Ford, he has successfully oversaw execution of complex, high-investment vehicle programs such as Explorer, Ranger, and the Transit Connect van. Throughout his career, he has been able to solve complex problems thru root cause analysis, and use of FMEA. He also has component design experience in various automotive sub-systems, including engine mounts, driveshaft’s, transfer cases, wheels and tires, body interior components, instrument panels, etc.. He has led several vehicle assembly plant launches.

During his tenure as a platform Chief Engineer and Program Director at Ford Motor Company, he has led and monitored performance of numerous engineering departments such as safety, component design, product verification, testing, manufacturing etc. His success was largely achieved thru his team building skills, program management, problem analysis skills, and disciplined focus.


As a Chief Engineer of worldwide proving grounds, he led teams of over 1000 test engineers and professionals in improving test efficiency and productivity. He has extensive background in product verification testing and has monitored performance of vehicle and component testing departments for clean engineering signs off prior to production launches.


He has won awards for Excellence in Leadership from Ford–Otosan in Turkey and the Dr. Norgund Science Prize in India. At Ford USA he was recognized with the Presidential Business Leadership Award and the Henry Ford Technological Award. 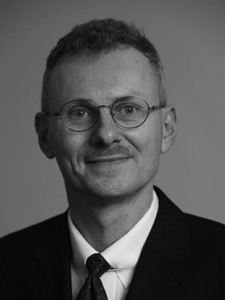 Significant experiences include systems analysis, design, implementation, and team (personnel) management of ERP, MES, DCS (Dealer Communications Systems), discreet manufacturing, and systems integration for automotive manufacturers and dealers, Tier 1 and 2 automotive suppliers, logistics, and systems supporting vehicle and component genealogy and traceability, DOT, EPA, FMVSS, NHTSA, and TREAD Act compliance. He is a trained Six-Sigma Champion who has always managed IT-IS as a strategic enabler and facilitator of the requirements and objectives of the business. His experience managing and working with organizations and virtual teams throughout Europe and Asia provides a global perspective. 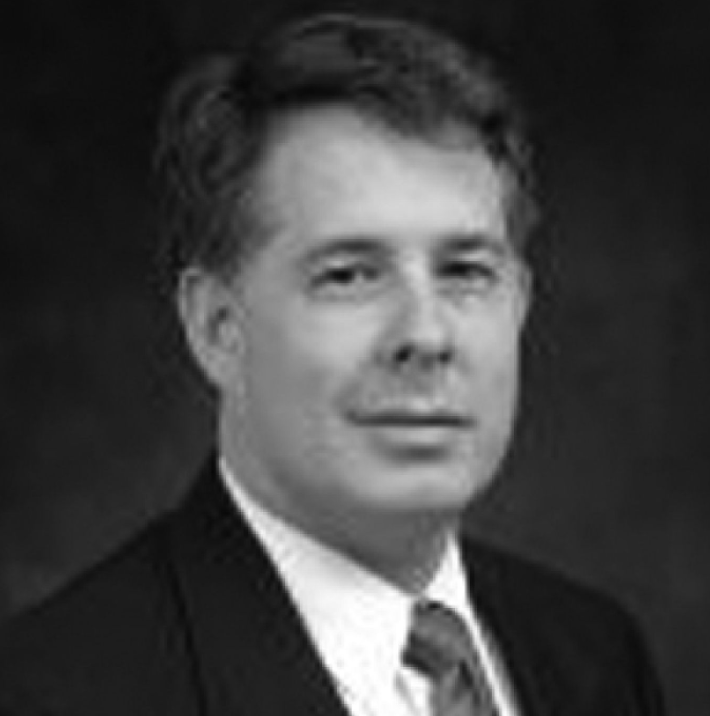 Christopher Eusebi
As a partner at Harness, Dickey, PLC,, Mr. Eusebi specializes in counseling clients in the enforcement of various intellectual property rights; involved with preparing and prosecuting patent applications; spent substantial time involved with freedom-to-practice and due diligence issues related to automotive systems, aerospace systems, medical devices, microchip manufacture, and advanced materials.
Prior to graduation from law school, Mr. Eusebi worked in the area of noise and vibration reduction in truck and automotive brake systems, and senior project engineer in the design, manufacturing, and research and development of active restraint, and crashworthiness systems.
Specialties: Invited speaker on several occasions at the National Academy of Science, with a recent presentation related to the predictive evolution of science and technology and recently developed techniques related to the detection of disruptive technologies using social network and complex system mathematics to engage in technology foresight.


An adviser to the Department of Defense: Direct strategy and management analyses on issues of national security and technology policy.


RAND Corporation: Senior Adjunct Staff and Faculty at the Pardee Graduate School: (2011-Present) Invited to present to The White House OSTP and Director of DARPA on advances in “Network Approach to Detecting Emerging Technologies.” The system evaluates technologies for disruptive potential in the commercial sphere. It is currently being used by the U.S. Government to inform policy decisions. Advisor positions include: The Office of the Secretary of Defense, IARPA and the National Institute for Justice. 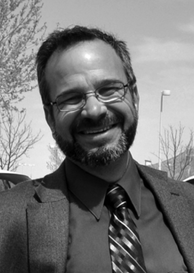 Joseph M. ColellaMr. Colella has been involved in automotive occupant safety for over 21 years, beginning with founding of the Drivers’ Appeal for National Awareness (DANA) Foundation in 1994. Largely as a result of his early efforts to raise awareness of child passenger safety issues, NHTSA formed its Blue Ribbon Panel on Child Restraint & Vehicle Compatibility and Mr. Colella served as a member. He was on the steering committee for the Air Bag & Seat Belt Safety Campaign, a member and chairperson of the NHTSA Patterns for Life Committee, a contributor to the initial drafts of the National Standardized Child Passenger Safety Training Program, and one of the 16 original instructors for the child passenger safety certification program.

Mr. Colella helped initiate and has actively participated in multiple occupant protection efforts sponsored by vehicle manufacturers, including Safe Kids BUCKLE UP (General Motors), Boost America (Ford), Fit 4 a Kid (Daimler Chrysler), the Ultimate Car Seat Checkup program (BMW), Kids Safety 1st (Mitsubishi) and others. He served as the Child Passenger Safety Training & Technical Manager for Safe Kids Worldwide from 2000-2004, and during this tenure was instrumental to transferring the child passenger safety certification from AAA to Safe Kids Worldwide. To that end he reviewed, verified and processed certification records for tens of thousands of technicians and instructors.


Joseph M Colella has led functional occupant protection training efforts for adults and children, and developed training curricula for police officers, first responders, healthcare providers, parents, children, transportation personnel and other groups. He has presented at national, regional and state conferences, and has been interviewed on technical issues by all major print, broadcast and electronic media outlets. He has worked on automotive safety programs in 46 states, the District of Columbia, Canada and Japan. He is a member of the SAE Child Restraint Standards Committee, a member of the Safe Ride News editorial board, and he has chaired the National Child Passenger Safety Board. He has received the NHTSA Public Service Award, the Nationwide On Your Side Highway Safety Award, and other recognitions of his leadership.